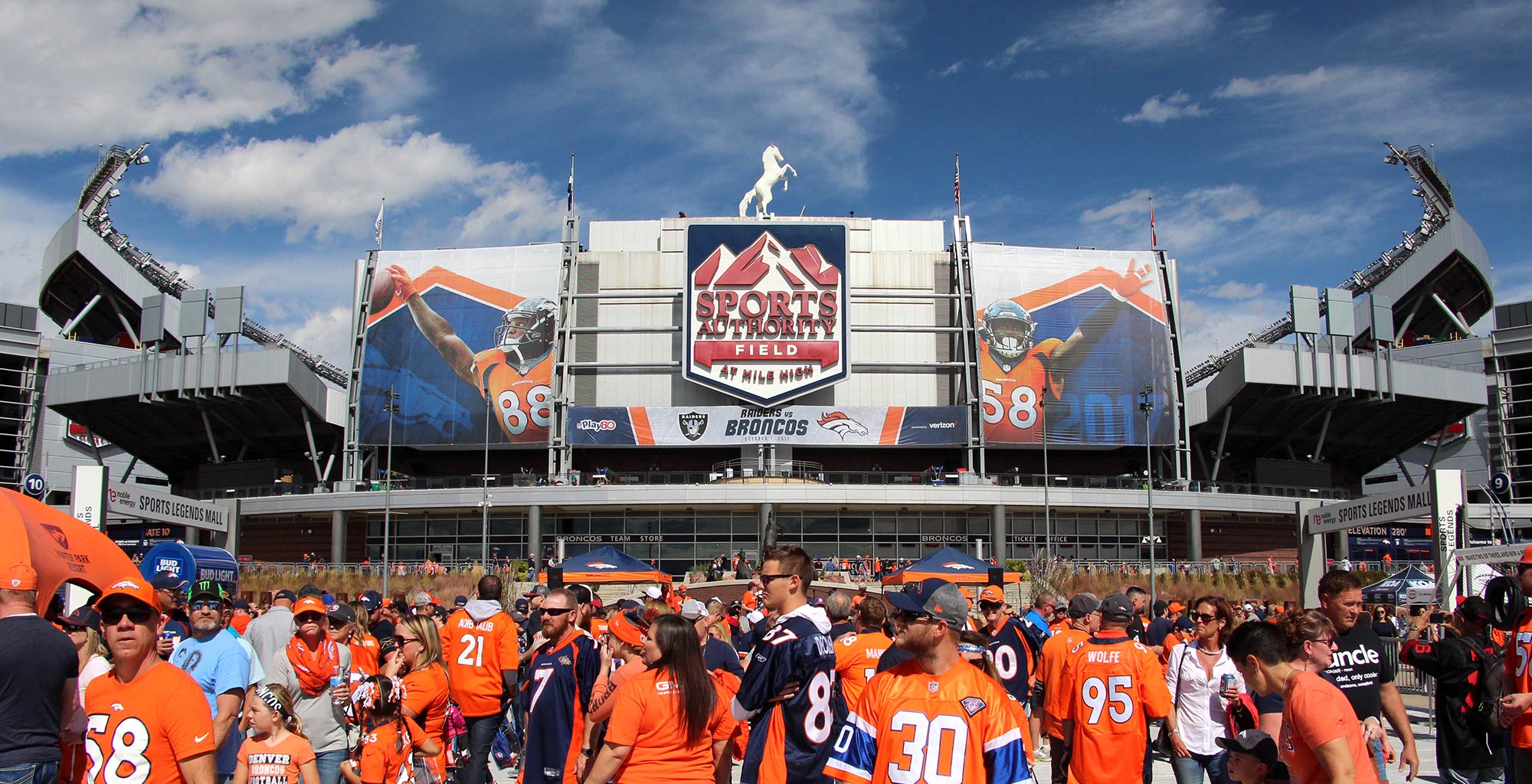 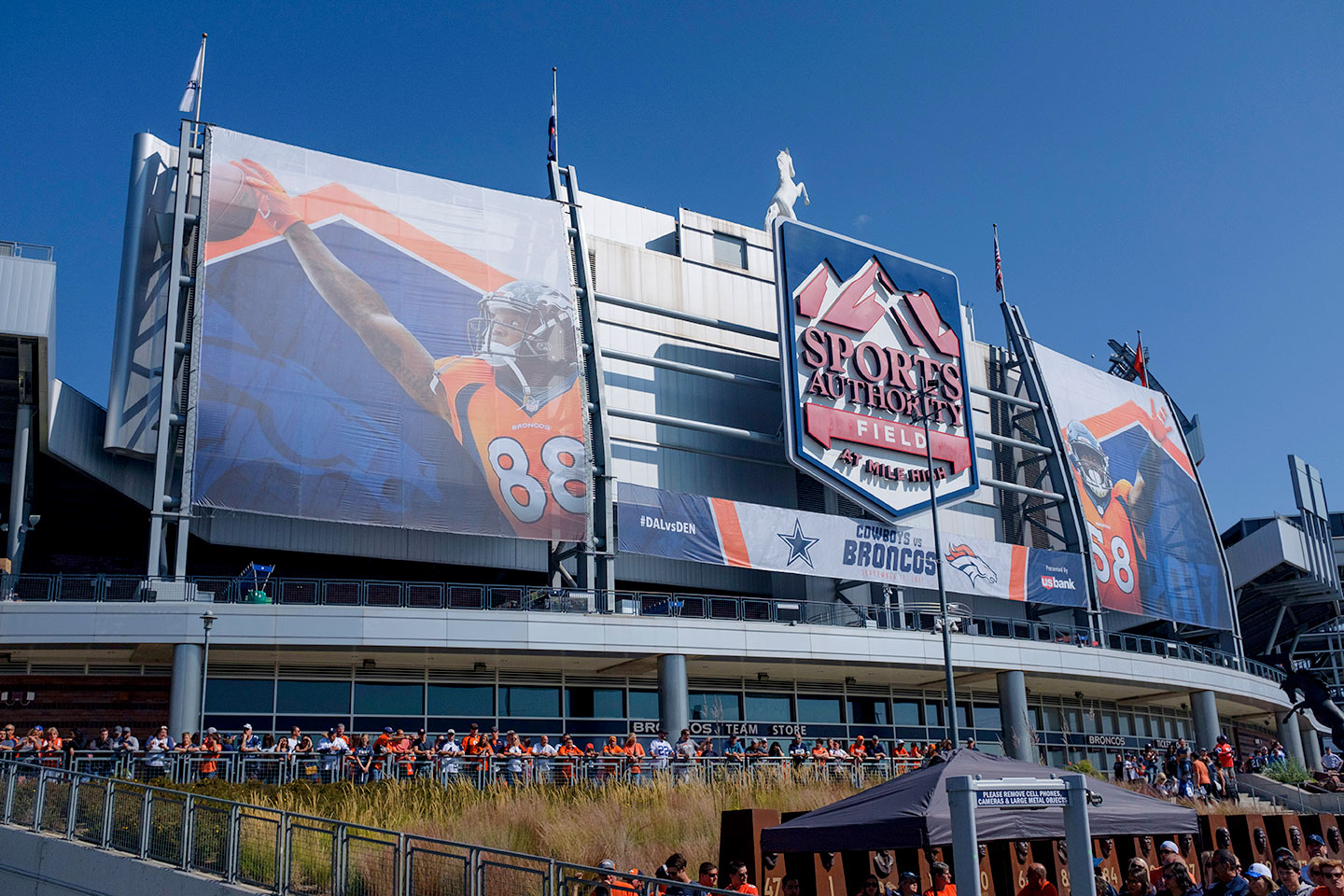 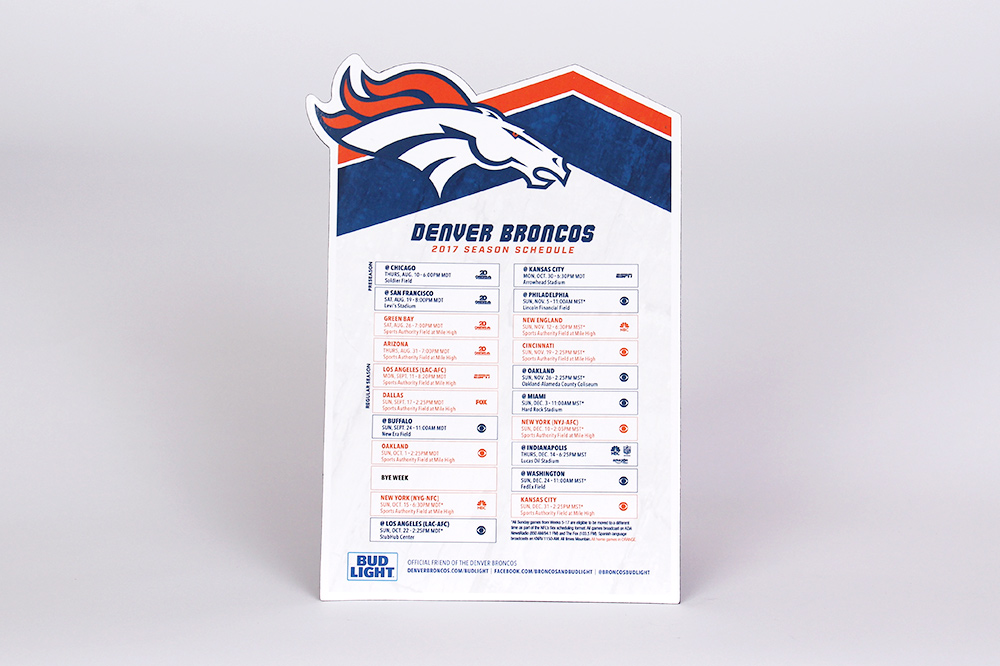 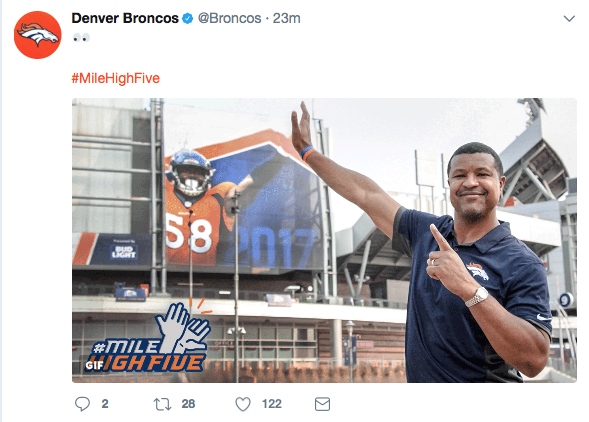 I concepted created the season look for the Denver Broncos 2017 football season. Broncos Country prides itself for being in the Mile High City. I wanted to bring a part of that mile high magic of the Rocky Mountains into the design. By using subtle mountain textures and a graphic peak, they help tie together Colorado and the Broncos while being bold, clean, and energetic. The look was featured throughout the entire stadium on banners and signage, schedules, game day jumbotron, schedule magnets, Gameday Magazine, and several other applications.

For the 2017 season, we wanted to create a fun and interactive experience to encourage higher engagement with fans at the stadium.  We came up with the idea of the ‘Mile High Five’ where fans can take pictures with their favorite players. If you get the angle right and snap a picture, you can take a picture high fiving a player. Two banners on the south end of the stadium were installed featuring Von Miller and Demaryius Thomas. Foot placement markers were also spray painted to make it easy to get the photo just right. Fans were encouraged to post their photos online using #milehighfive. Thousands of fans, players, retired players, and cheerleaders participated. The promotion received high compliments and great PR.